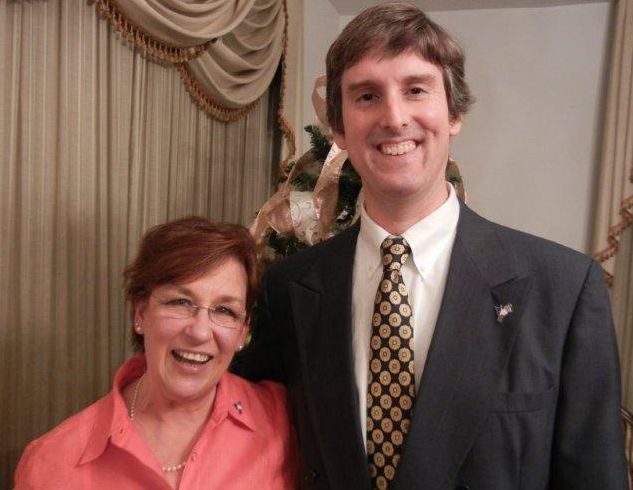 COLUMBUS, GA – John Van Doorn is the new chair of the Muscogee County Democratic Party. He got more votes than former Chair Jeanne Dugas who ran for reelection; however,  she was elected to Van Doorn’s former position as First Vice Chair. Van Doorn is a political science professor at West Georgia State University.

Dugas is a retired Columbus State University psychology professor. Both are PhDs.

Van Doorn called for three “forward looking” changes.  He will work for “unity within the party.” He will present “a clear firendly message of inclusion to all members of the greater Muscogee County area.” He said, “We are a Big Tent party that welcomes all comers. We are not interested in reading people out of the party.” He added, “Democrats will be organizing and educating voters for the pivotal 2012 elections and beyond.”

Dugas said the Muscogee Party has gotten great results, pointing out that had the state gone the way Muscogee County did  in the last election Democrats would hold all of the statewide offices.

She also pointed to the success of Teresa Tomlinson, the Democrat who won the non-partisan city-wide election for Mayor of Columbus.

Other officers elected are Juanita Booker as 2nd Vice Chair, Barbara Jordan as Secretary, and Judy Brouillette as Treasurer.